The Danger of Big Ideas

Think big ideas and act big is the well-known motivating cry for entrepreneurs. This was useful when most start-ups were small and thought small and incremental. At that time, they were held back by their aspirations. Now there is a very real danger that the big dream is just that because it doesn’t have even […]

While the election is over, the fallout is just beginning. At an organisational and individual level, social media echoes have slaughtered expectations and relationships. And I’m don’t mean the various advertising approaches and fake news used, but rather the flawed nature of the medium itself. All social media works by pulling together people with common […]

One of the most effective tools for time management is the simple to do list. Particularly when the list is made daily and the sequence allocated best matches the need and time available. But even with the best of intentions, this sometimes fails or becomes blocked by an item. The longer that the item isn’t […]

For politicians the local elections on the second are a key May date. But for businesses in the Forest of Dean the most important date is May 8th for making connections that matter. This is when three key elements of running small and medium sized businesses come together for the morning at Vantage Point in […]

What Did the Digital You Really Mean?

April is the cruellest month according to TS Eliot’s The Wasteland. It may also be the cruellest month in the digital world with big changes happening at Facebook and Google around assumptions of intent and behaviour. The Facebook Why Being British, when I read the news on April 1st that Facebook was going to share […]

Summer Break, A Time for Work?

Did you achieve a full summer break this year? Or did you go away on holiday and still replied to emails and made mobile calls? And did you fool yourself by saying that you’d only do this until 10am, but then kept looking at your phone? Or did you keep away and then get increasingly […]

Why There is No I in Team

England’s success in the men’s football world cup is a healthy reminder that this old saying is true. There were no big stars around which the youngest team needed to be moulded. While the way Gareth Southgate managed and communicated with his players and others spawned hashtags posing the question what would Gareth do in […]

Businesses Need to Innovate But How?

Any business that stands still, dies. Why? Because markets change all the time. If a customer buys your product and with repeat purchases your demand soars, then you will need to meet the challenge of scaling production. If it’s a one-off purchase then that’s one fewer potential customer and time for a ‘new’ product. Both […]

Are You an Entrepreneur?

Various words come into vogue and then get extended so they become meaningless. Entrepreneur is just such a word. In the last 20 years, it hasn’t been enough to run or own a small business what you needed to strive for is to be an entrepreneur. And then even large companies and public bodies started […]

What is Your Business Strategy 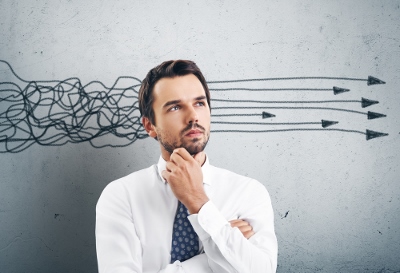